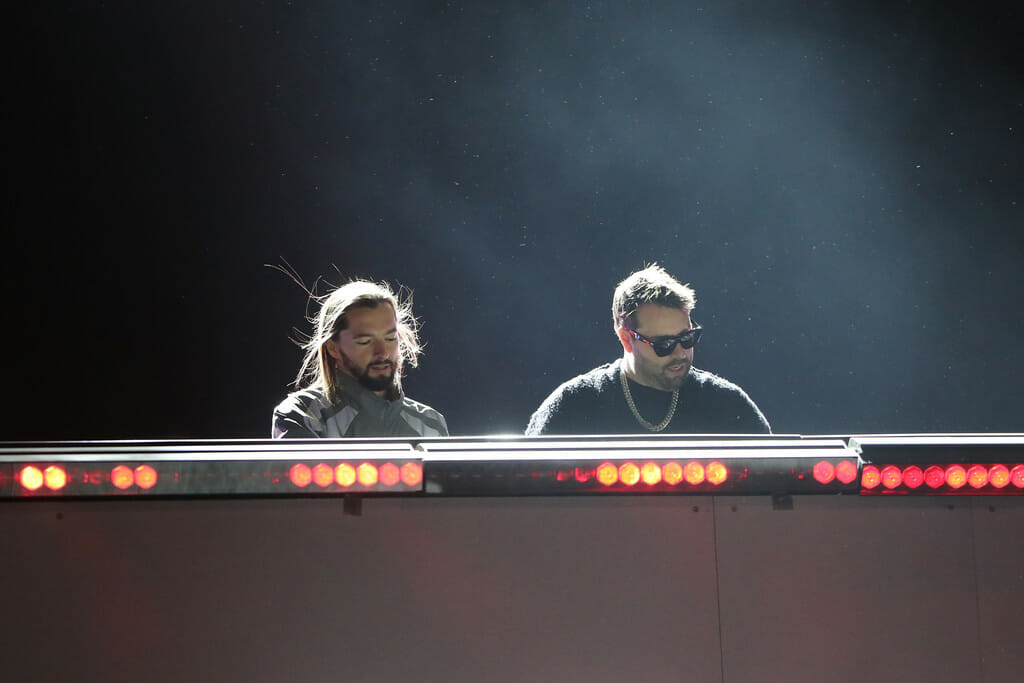 Although most of the Swedish Mafia House Discord held their breath for MDL Beast to broadcast the return of Axwell Λ Ingrosso live– or Axwell’s solo set that had been included in the original live stream program – during its Soundstorm edition, the Saudi festival made up for it. Just days before the start of the four-day event, MDL Beast subtly placed Sebastian Ingrosso’s name on its late December lineup, with an appearance alongside the Axtone boss himself and a second in tandem with the one and only Salvatore Ganacci. With all that was left to do was scour social media for all the videos from the old set, MDL Beast highlighted Ingrosso and Ganacci’s back-to-back appearance during their December 17 livestream.

“I’ve got one more guest,” Ganacci teased on the mic before introducing “the world’s most talented and incredible DJ from Swedish House Mafia and Axwell Λ Ingrosso. It was a more than warm welcome for none other than Sebastian Ingrosso, who joined his fellow Swede in the heart of the Saudi capital for almost 40 minutes of uninterrupted dance music nostalgia. Starting with “Let You Do” – which was recently confirmed to be a Salvatore Ganacci release co-produced by himself and Steve Angello – the new Swedish duo scoured the music of MK, Boys Noize, Laidback Luke and Axwell before close with Prince’s iconic “Purple Rain”.

Qualities to look for when purchasing building materials