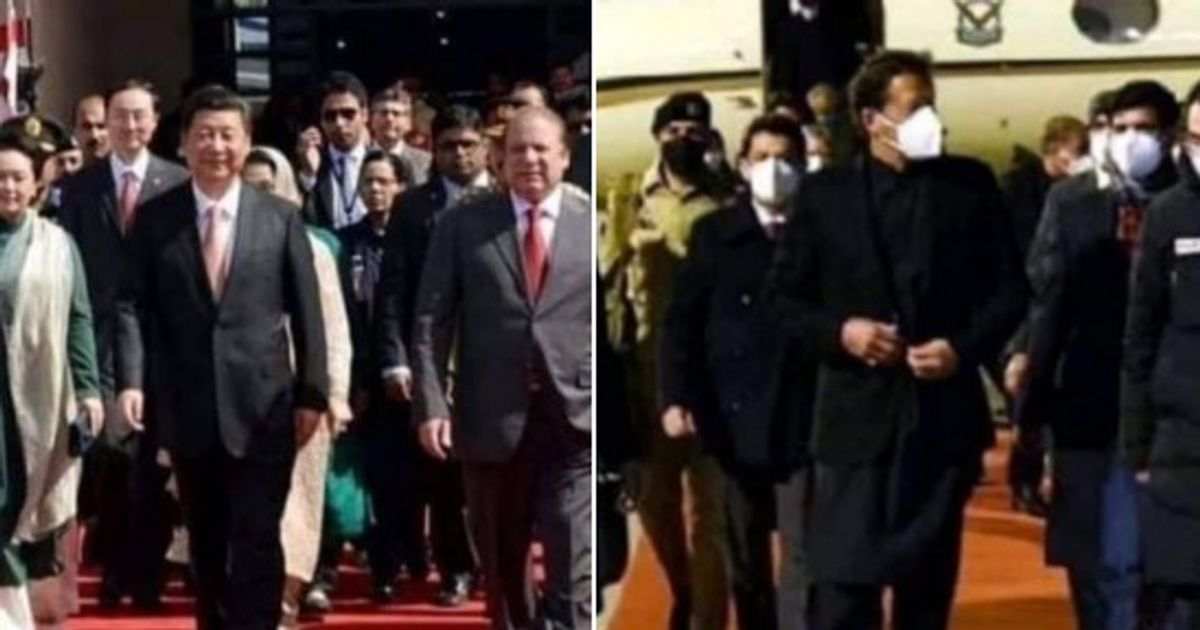 PML-N’s Hina Parvez has come under fire on Twitter for digging into PM Khan, who is currently in China. Politician PML-N apparently blamed Prime Minister Khan for being welcomed to China by the country’s Assistant Foreign Minister (AFM).

“Know the difference between elected and selected,” Hina Parvez captioned the photos. To clarify, the PML-N camp often accuses Prime Minister Khan of being “selected” instead of being “elected” democratically.

Nevertheless, by comparing the images, the PML-N politician wanted to show the importance between the two Prime Ministers according to the rank of the Chinese officials who welcome them.

“If China wanted it, it could have Uber, but it deemed it appropriate to send the assistant of its Minister of Foreign Affairs to receive the selected ones”, tweeted Hina Parvez.

However, the criticism did not sit well with Twitteratis who immediately called out Hina Parvez for spreading a fake story. Twitteratis said politician PML-N shared an image of President Xi’s visit to Pakistan during Nawaz Sharif’s tenure. The photo was taken from President Xi’s departure from Nur Khan Air Base. Afterwards, Prime Minister Nawaz Sharif accompanied President Xi to greet him.

Prime Minister Imran Khan landed in the Chinese capital on Thursday for a four-day official visit. Pakistan is pinning high hopes on Prime Minister Khan’s visit, which is also aimed at showing support for China for the Winter Olympics, especially at a time when many countries have boycotted the Games.

In addition to attending the Beijing Olympics ceremony, the premier is due to meet with Chinese President Xi Jinping and Premier Li Keqiang to discuss high-profile issues.

On the other hand, Finance Minister Tarin said the prime minister would propose to Chinese leaders to relocate their industry to Pakistan’s special economic zones for a win-win situation besides extending aid to agriculture.

NSA Moeed Yousaf said the visit would be an opportunity to discuss ways to improve peace in Afghanistan to end terrorism.

Trade adviser Dawood said the meetings would focus on certain areas of the free trade agreement and trade in cement, rice, fruit and vegetables.