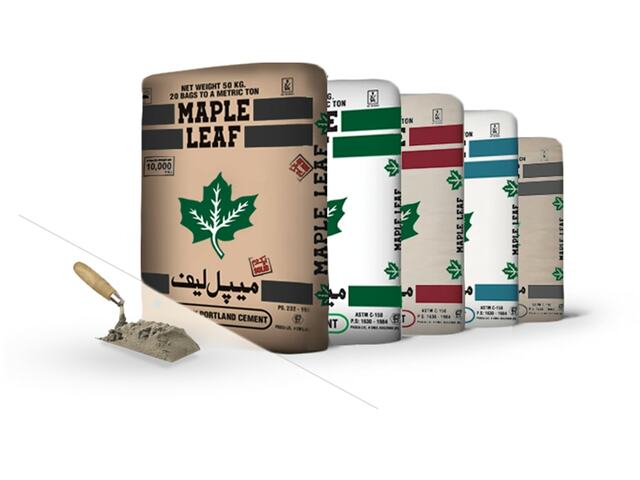 Maple Leaf Cement Factory Limited (PSX: MLCF) was established as a limited company in 1960. It is part of the Kohinoor Maple Leaf Group. Kohinoor Textile Mills Limited is its holding company which owns more than 55% of the shares.

The company has seen a steady increase in revenue over the years, while profit margins have trended lower through fiscal 2020, after peaking in fiscal 2016. During FY21, profitability experienced a steep decline.

In fiscal year 2018, revenue grew by 7% to cross Rs 25 billion. Local shipments increased nearly 19% to 3,487,492 metric tons, while export sales continued to decline. In addition to facing low margins on export sales, export sales have also been discouraged by barriers from other countries such as anti-dumping duties by South Africa and non-tariff barriers in India. However, the higher revenue did not translate into a higher gross margin as cost of production consumed nearly 73% of revenue compared to 60.5% in FY17 . The increase was attributed to packaging materials, fuel and electricity expenses and related costs. The effect was also reflected in the net margin which was less than 14% compared to almost 20% the previous year.

Revenue growth in FY2019 was marginal at 1% to Rs 26 billion. Local news fell 4.3% due to lower private sector spending as well as political uncertainty at the start of the year with the general election. In contrast, export sales volumes grew by 21% to 334,671 tonnes. This was attributed to the slowdown in business activity in the local economy and the devaluation of the currency which encouraged exports. As margins are lower on export sales due to intense competition, this was reflected in the gross margin which fell to 18.9%. In addition to an escalation in production costs, financial expenses also increased to consume 4.5% of revenues, reducing the net margin to 5.6%.

With nearly 12% in FY20, the company recorded the highest revenue growth since FY2017. Topline crossed Rs 29 billion in value. Sales volumes increased nearly 42% to 5,201,820 metric tons while local shipments increased by more than 50%. This was the result of starting a new production line. On the other hand, there was downward pressure on prices as supply exceeded demand. In addition to this, the devaluation of the rupee has increased coal prices, which has increased production costs. Unable to cover the costs, the company suffered a gross loss of Rs 699 million for the first time. With operating expenses incurred and finance charges increasing to consume more than 10% of revenue, the net loss was recorded at Rs 4.8 billion.

The company saw record revenue growth of over 22% in FY21, with revenue exceeding Rs 35 billion. This was attributed to improved selling prices in the local market. Moreover, some export markets have also opened up, as evidenced by the increase in export volumes to 327,404 metric tons. Thus, the gross margin improved to 21% for the year. There was a marginal variation in operating expenses, while other income rose sharply to reach Rs 3.7 billion, providing significant support to net income which was recorded at a record high of over Rs 6 billion. rupees. Net margin also increased year over year to 17.5%. The other exceptionally higher income was largely generated by the subsidiary’s dividend income.

Revenue for the first quarter of FY22 increased nearly 32% year-on-year. This was again attributed to higher selling prices. However, volumes were lower due to the same level of demand in the local market, while export sales were affected by the political situation in Afghanistan. Despite inflationary pressure and currency devaluation, the company was able to cut costs by using profitable petroleum coke and earlier purchases of materials purchased at cheaper rates. Thus, the net margin for 1QFY22 stood at 5.7% against 4.1% in 1QFY21.

Second quarter revenue was again up year-over-year, nearly 35%. This was again due to inflation-adjusted selling prices. Volumes, on the other hand, were impacted by the slow implementation of large-scale projects and high production costs in the country that make the product unfeasible in the international market. However, profitability was higher year-on-year as the company used high-energy petroleum coke, as well as competition from the 9 MW waste heat recovery project which accounted for a third of the energy mix. The third quarter also saw sales increase nearly 27% year-over-year due to higher selling prices. However, net margin was lower in 3QFY22 as 3QFY21 saw an unprecedented increase in other revenue which normalized in the current period. With continued uncertainty on the local and global front, cement demand is expected to remain stagnant while costs are expected to rise, especially with oil supply affected due to the war between Ukraine and Russia.