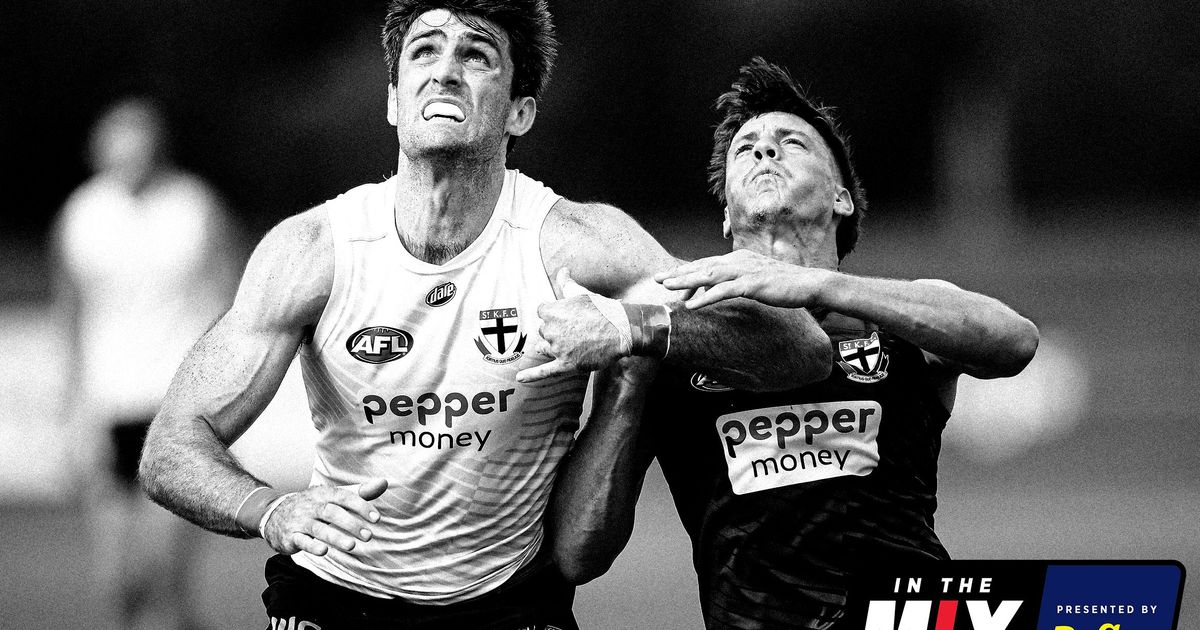 It’s three straight wins for the Saints, with the club 3-1 for the first time since 2019, and they will look to keep the momentum going this Saturday afternoon under the roof of Marvel Stadium.

However, in their path stands a scorching Gold Coast side, fresh off a 30-point win over the previously unbeaten Carlton.

Recent history suggests this game will be close, with the last five meetings between the two teams having been decided by less than 10 points. Paddy Ryder was instrumental in the last of those wins for the Saints, but he will not take to the field on Saturday due to suspension.

Without half of their ruck tandem and a handful of VFL players pushing for senior call-ups, St Kilda will have plenty to think about at the selection table.

After lighting up Marvel Stadium in his first-round debut, Jack Hayes could be in line for a comeback in Round 5.

The former SANFL rucksman could not have made a bigger impact in his first appearance for St Kilda, scoring three goals, taking 10 points and racking up eight scoring appearances to make an outstanding first impression.

Considered by substitute coach Brendon Lade being ‘unlucky’ to miss out on selection last week as Saints opted to take a smaller forward line, Ryder’s absence now sees the 25-year-old’s opportunity to really cement his place in the senior line-up if it be selected.

Hayes was rushed for Round 4 and didn’t play a minute in Sunday’s VFL game against Box Hill.

Signed last November to bolster St Kilda’s ruck stocks, Tom Campbell could find themselves facing the Suns this Saturday after a string of strong performances in the VFL.

The former Bulldog and Kangaroo has impressed in his three outings for Sandringham so far, his last game seeing the ruckman pull off 31 hits to go with 19 takedowns, nine clearances and seven insides of the 50-year-old.

With nearly a decade of AFL experience, Campbell can be a valuable addition to St Kilda midfielder against Jarrod Witts’ 126 outings, and averaging 35.5 hits and 18 eliminations per game for the Zebras, the No.38 could see his name selected for his debut for the Saints in the fifth inning.

After disappearing last week due to a concussion, Jack Higgin will be eager to shoot Guernsey from St Kilda once again.

The 23-year-old live wire has been a vital part of the Saints striker’s setup at the start of the season, giving his side an important option inside the 50 once the ball hits the ground.

Higgins scored four goals against Dockers in the west and looked dangerous against Richmond the following week before being knocked out of the game with a blow to the head.

With St Kilda’s forward line having scored 22 goals against the Hawks on Sunday, the possible addition of Higgins could make life difficult for opposing defences.

Sitting in 99 career games and having impressed in his outings at VFL level, dean kent will be keen to show the hat-trick against the Suns.

The No.25 watched the game at the MCG for Sandringham as he scored two goals to go with his 21 eliminations and seven insides from the 50.

Versatile on the pitch, Kent gave development and senior VFL coaching Jake Batchelor the option to use it forward or put it in the engine room to get a mid blast.

Another who showed courage at the ‘G was Jack Bytelwho battled his way to 24 eliminations, 12 contested possessions and six clearances as he helped start the game in the second half.

The powerful utility has made a name for himself at RSEA Park as a natural ball winner, strong inside player and strong tackler, and will have his eye on the return in the starting 22.

Ryan Byrnes will be in a similar situation to his midfield partner, keen to earn a place in St Kilda’s starting squad after a stint as an unused medical sub against Hawthorn.

The new No.13 last appeared on the pitch against Fremantle and looked solid last week against Richmond in the VFL, where he scored one goal and grabbed 23 eliminations in rainy conditions.