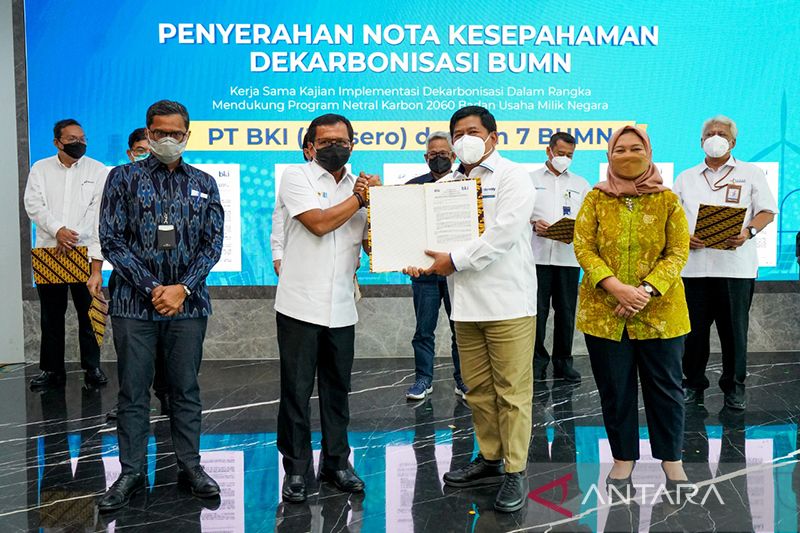 Jakarta (ANTARA) – State-owned cement company PT Semen Indonesia (SIG) has said it supports the government’s efforts to achieve net zero carbon emissions by 2060 through the use of new and renewable energy (EBT).

“Since 2021, we have carried out several programs under SIG’s sustainability initiatives to support the reduction of carbon emissions,” SIG General Secretary Vita Mahreyni said in a statement released here on Saturday.

Initiatives include reducing the clinker factor, increasing the use of alternative fuels, as well as improving electrical and thermal energy efficiency, she said.

In addition, the company has increased the use of renewable energy by installing solar panels, she said.

SIG’s commitment to achieving the 2060 Carbon Neutral Agenda was underscored by the signing of a Memorandum of Understanding for Cooperation with the State-owned Classification Office of the Indonesian-flagged vessel PT Biro Klasifikasi Indonesia on February 2. 2022, she added.

“We have completed a pilot project for the installation of 10 kilowatt (kW) solar panels in a number of factories, such as at Group Head of Plant Operation (GHoPO) in the Tuban factory complex, the site production site of Semen Padang and Semen Tonasa manufacturing site,” said the General Secretary of SIG.

The solar panels are working well and generating electrical power to run the plant equipment at each site, she noted.

In addition, the company also controls emissions generated during the production process through the use of electrostatic precipitator system technology, conditioning towers and bag filters at plant sites to manage emissions. dust emissions, she informed.

“Furthermore, we are transforming waste collected from nearby towns into Refused Derived Fuel (RDF) as a coal replacement at Narogong and Cilacap plant sites as a solution for better community environment management,” Mahreyni added.