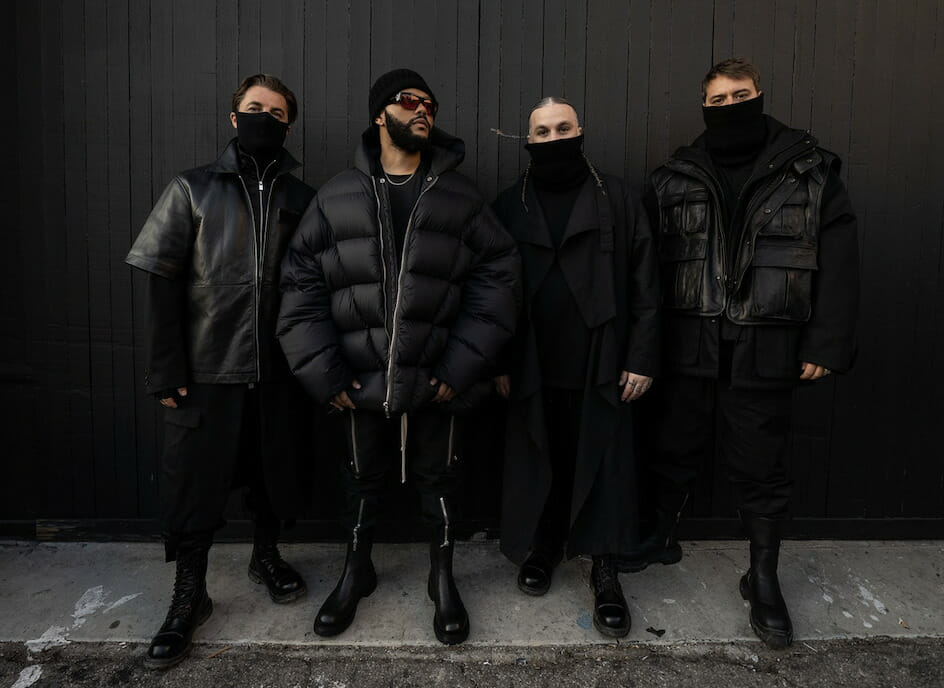 Merry Christmas and Happy Holidays from the Swedish House Mafia.

In an unexpected Q&A session in one of the trio’s Discord channels on Thanksgiving night, Sebastian Ingrosso unloaded a series of Swedish mob bombshells surrounding what the trio expected Heaven again. One of those teasers was that a “dub mix” of “Moth To A Flame” featuring The Weeknd had been created and would be coming much sooner rather than later. No one could guess when “soon” was coming, but wrapping it like a Christmas present seemed like the ultimate piece, with Axwell, Sebastian Ingrosso and Steve Angello appearing to have a similar thought.

Swedish House Mafia are no strangers to stretching past releases with extended mixes given the five-minute promotion of “Euphoria” with Usher – their undisputed biggest work to date – on their compilation LP of 2012, Until now. Axwell had shared a six second preview of what was supposed to be the slightly tweaked version of “Moth To A Flame” earlier in December, and the final product is everything we could have dreamed of, and more. “Moth To A Flame” may have only had a few subtle changes, but each variation takes the third Heaven again alone to another state of happiness. While the original has a softer essence, the Swedes gave a faster pace to their latest delivery with a one-minute entry and end, a much more powerful bass line, a divine progression with the voice of The Weeknd lighting the way, and a fringe reworking of his lead, which collectively give “Moth To A Flame” a more home-centric tone that should end like the version included midway through the album’s tour. next summer.

Entertainment News | I would give my right arm to remake a film with Salman: Kabir Khan